A publisher I have been using to distribute some of my ebooks, Pronoun, is closing down. This means some titles of my ebook titles will disappear and then reappear on some retailers as I change over to a new company. In most cases any reviews they have received on the retailer’s site before the move will be lost, so if you have been kind enough to leave one, please check in a few weeks that the review is still there. It’s a disappointing situation, and means spending time on something other than writing, but if all goes to plan my books will be available in even more places than before. I’ll try to update the sales links on my website as the move progresses.

In other news, I have finally received my copy of the hardcover edition of Thank You: A Tribute To Chris Cornell. The images are darker than I’d like, but not bad enough to attempt reworking the whole book. Expanded distribution has now been selected, but buying directly from Lulu will save you 40% off the list price. The hardcover will start appearing on other retailers over the following couple of months.

I recently published a long-lost novel by Australian-born Rosa Campbell Praed. The Soul of Countess Adrian was first published in 1891, but had been out of print for a century. The story is a romance, but is set against Bohemian London and the occultism that was the craze of the time. Charm and drama merge in this lost piece of Australian literature history. It is available as a paperback on Amazon US, UK and Canada, and will appear on other retailers in the future. The ebook is also out on Amazon, and will appear on other retailers soon as part of the ebook migration.

I don’t have any titles scheduled for release in the near future, but I am working on a number of projects. Some horror, some romance, some long, some short. I had hoped to have at least one out before Christmas, but it’s highly unlikely now. 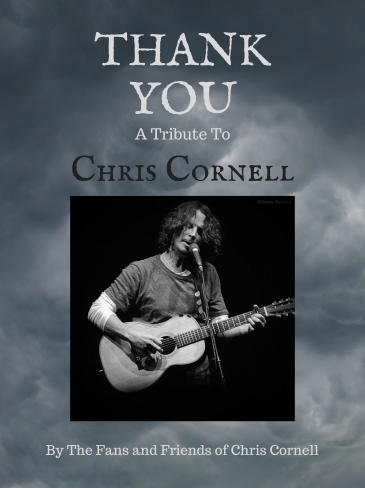 The paperback edition of Thank You was released earlier this month. Initially available on Amazon, you can now purchase copies from other retailers such as Barnes & Noble, and Book Depository. Please see the book’s page on my website for links.

There were a few problems in getting this out there. Last minute issues with the manuscript delayed the ordering of the proof copies, which then took almost a month to arrive. Then, a few days after publishing, Amazon suddenly wondered why my name wasn’t listed in the author field and they suspended the book. Once they’d read my brief email replying to theirs it was soon available again, but it would have been better all round if they’d inquired about it during the set-up stage. Recently the book disappeared off Amazon’s sites completely. It’s back again now, after I contacted them on discovering its absence, but it was gone for up to five days, and I never did hear from them as to what had gone wrong. Fingers crossed, that will be the final problem.

There have also been occasional problems with people unable to download the free ebook edition from Amazon. If this has happened to you, please try again.

It’s possible a hardback edition of Thank You will be released in the future, due to popular demand. Watch here for news.

The free ebook edition of Thank You has been released to a wonderful response. I am honoured to have been able to bring to life a book that holds so much meaning to so many people. Thank you to each and every contributor.

I am still waiting for the proof copies of the paperback to arrive, but I hope to be able to release it next month.

The free ebook edition will be released on 20 July, 2017. Pre-orders are already live on Amazon, and it will also be available through Google Play, iBooks, Kobo, and Barnes & Noble. The book has already hit #1 on some Amazon sites.

The paperback has been delayed slightly, but will hopefully be available within a month. The list price will be around $15US.

Download and buy links will be activated on the book’s page on my website as they become available.

I have enormous gratitude to all the contributors. This book simply would not exist without them!